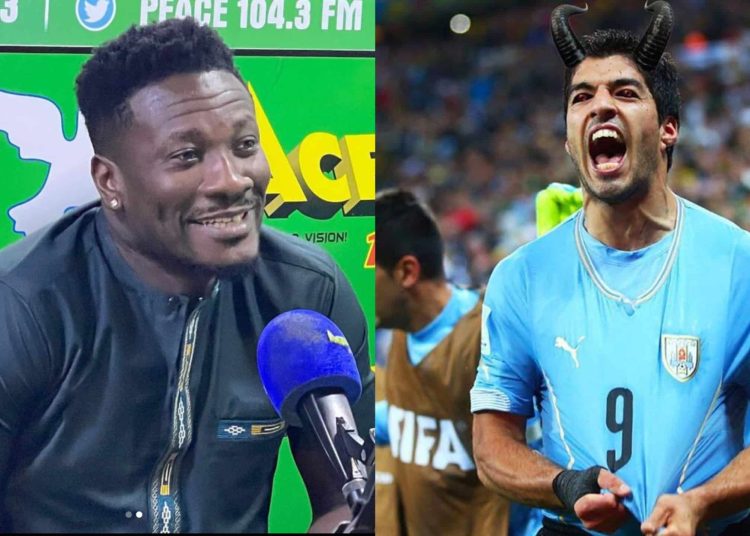 Former Ghana captain, Asamoah Gyan, has revealed that he came close to punching Luis Suarez in the face when the pair came up against each other in the Premier League, one year after the Uruguayan’s handball denied Ghana a historic World Cup semi final berth.

With the game levelled 1-1, Suarez used his hands to prevent a goal-bound header from Dominic Adiyiah in injury time. He was sent off for the incident and Ghana awarded a penalty.

Gyan then missed  the penalty; and Ghana went on to lose the shootout after extra time failed to separate the two sides.

Gyan moved to Premier League side Sunderland in the summer of 2010 before Suarez himself joined Liverpool in January 2011 from Ajax Amsterdam.

Gyan has now revealed what transpired when he came face to face with the man that played a part in that 2010 World Cup debacle.

“I remember the game between Sunderland and Liverpool. We were playing at home on that day and all players were shaking hands. I wanted to hit him [Suarez] because people had said things that stuck in my mind.

“I was naïve at that time but when I thought about it later, I realized that I had to let it go because I would have done the same thing if I was in his position,” Gyan said on Peace FM.

Ghana will face Uruguay again at the 2022 World Cup, after being drawn in the same group.

The other teams in the group are Portugal and South Korea.