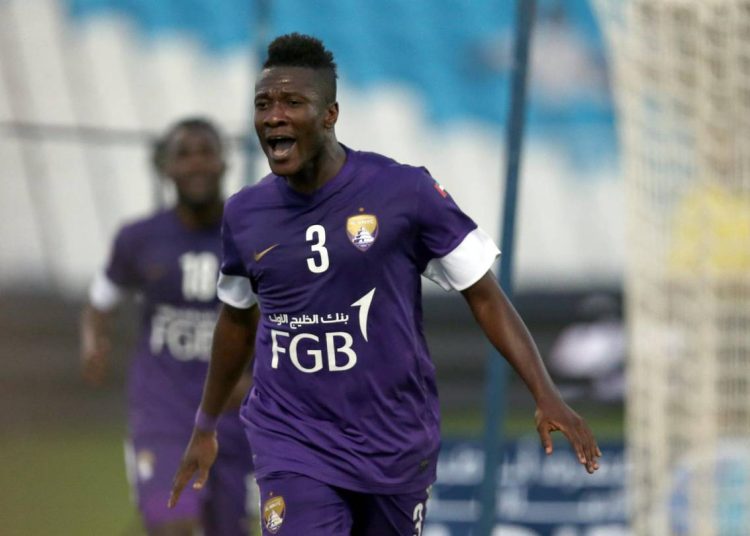 Asamoah Gyan says he was in the best shape of his career in his time at UAE club, Al Ain.

Gyan’s move from Premier League club Sunderland to Al AIn came as a shock to many who described it as a waste of his talent.

The forward admits that he was at his peak at the time but insists moving to the UAE was the right choice for him at that moment.

“I don’t see it that way. I felt it was the right time for me to go there. Maybe it was destined [to happen]. I went there at my peak,” he said on Citi TV‘s Breakfast Daily.

The former Black Stars captain, who scored 112 goals in 106 games in the UAE, praised his teammates at Al Ain for creating lots of chances for him to finish.

He added that his form at the time convinced him that he was good enough to play for any club in the world.

“I had good players around me, those who suited my style. I like to put in the finishing touches and they created a lot of chances, no disrespect to the other,” he said.

“When I got to that stage of my career, at time time I felt I could play for any club. I was in the best shape of my life.”

Gyan acknowledged the uproar that greeted his transfer from Sunderland stating that: “I remember I was highly criticised for moving to the UAE.”