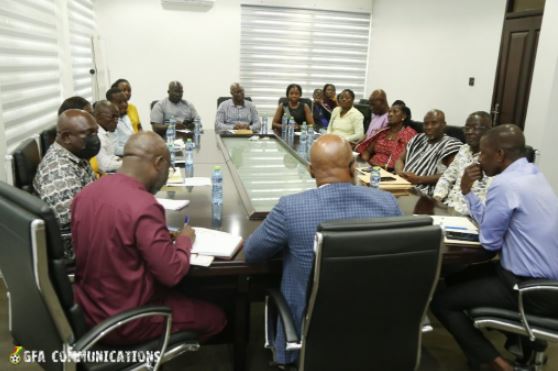 The management team of Ghana’s U-20 Women’s team, the Black Princesses has met with officials of the Ghana Football Association (GFA) to discuss the team’s preparations for the U-20 World Cup later this year.

They met with the GFA Vice President, Mark Addo and the General Secretary of the FA, Prosper Harrison Addo.

Among other things, they discussed the Princesses’ World Cup journey and what could be done to ensure they are successful at the competition.

Linford Asamoah Boadu said it was important that the team are given what they need to start preparations for the tournament as early as possible. 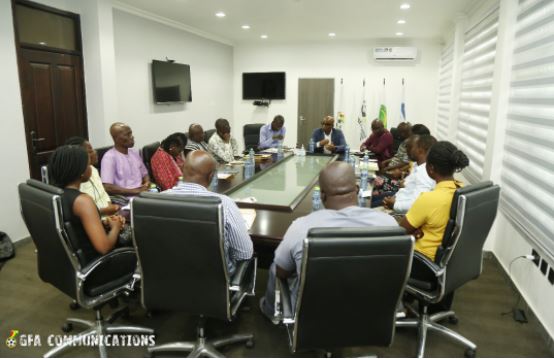 “We called on the GFA today to bring to their attention our needs and measures we have discussed as management and technical team to help the Princesses,” he said after the meeting.

“A lot was discussed at the meeting and we are very glad that the GFA is willing to help us make our campaign a success. They listened to us and advised us on what needs to be done. We will have several meetings going forward to know how to help strengthen the team to compete on the world stage. We want to break the jinx of not qualifying from the group stage and I believe this team is capable of doing that,” he added.

Prosper Harrison Addo assured the team of the GFA’s support.

“We will do our part as an Association to support you to bring glory to the country. We know there are few things that need to be done before the World Cup,” he said.

“We know they will resume camping soon to keep them in shape for the tournament, so you can always count on the Association for the maximum support.”

The Black Princesses made it through to their sixth-straight World Cup after beating Ethiopia 2:1 in Accra to secure a 5-1 aggregate win.