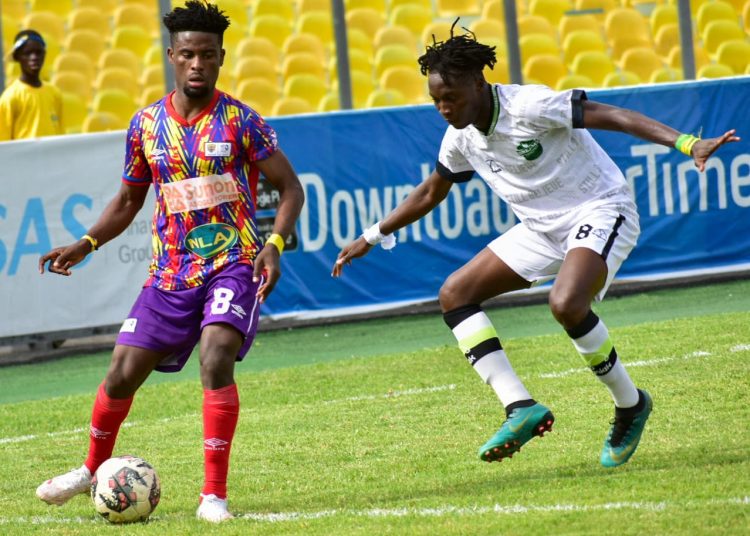 Champions Hearts of Oak booked their spot in the final of the MTN FA Cup following a thrilling 3-2 win over Dreams FC at the Accra Sports Stadium on Saturday.

Benjamin Yorke, Afriyie Barnieh and Suraj Seidu looked to have completed a turnaround for the Phobians who conceded first to Sylvester Simba’s opening goal for Dreams.

But Kwaku Karikari scored in the 78th minute to set up a nervy finish to the game but Samuel Boadu’s men held on for the win.

Hearts of Oak won the title last year, and will now have a chance to defend it.

Ignatius Fosu’s Dreams started brightly when Karikari powered in the opening goal after only four minutes.

But the lead only lasted 6 minutes, before Yorke pulled the Phobians level. The first half ended 1-1.

Back from recess, Barnieh wasted no time in shooting the Phobians ahead with a superb strike before Suraj added a 3rd after Issah Ibrahim was shown a straight red card for a terrible tackle on Mohammed Alhassan.

But there was still time for Dreams to attempt a come back when Karikari scored Dreams’ second and then missed a sitter as Hearts of Oak held on for the win.

They will now face the winner of Aduana Stars and Bechem United in the final slated for Kumasi on June 26, 2022.