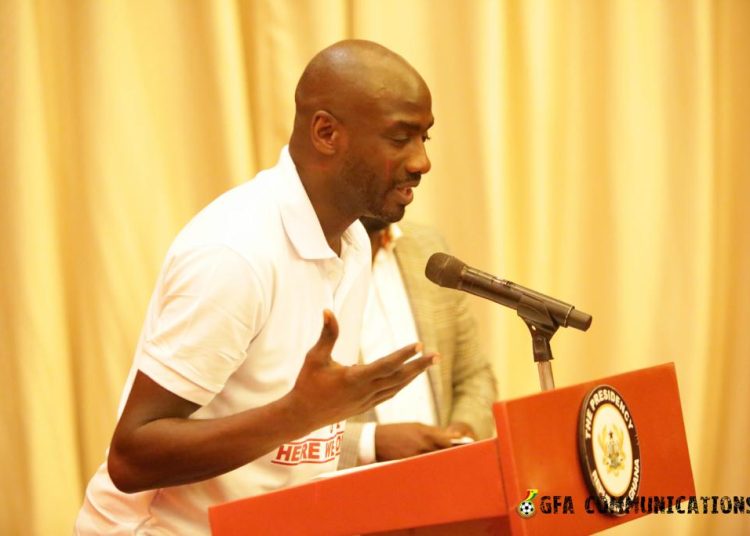 Black Stars head coach, Otto Addo, has expressed complete confidence in his technical team, after extending his tenure in charge of Ghana’s senior national men’s team until the end of the year.

The GFA confirmed that Addo, Chris Hughton, George Boateng and Didi Dramani had been handed 6-month deals after successfully guiding the Black Stars through the 2022 World Cup Qualifying campaign.

The quartet will now oversee the Stars’ AFCON 2023 qualifiers and the Qatar World Cup in November.

Addo says he is looking forward to reuniting with his team, adding that he trusts them.

“I have a contract for six months until after the World Cup. We have international matches in June, a 10-day trip in September and then the preparation for the World Cup are on the agenda,” he is quoted as having said.

“From scouts to analysts to trainers, I have a very good team around me that I trust and that supports me very well. That’s most important. My assistant coach, Didi Dramani takes care of many things on-site. Our Technical Advisor Chris Hughton also does a lot of the work for me.”

Addo was appointed on an interim basis for the two-legged World Cup playoff tie against Nigeria after Serb, Milovan Rajevac was fired.

The Borussia Dortmund talent coach steered the Stars to a 0-0 draw in Kumasi and a 1-1 tie in Abuja which took them through to the 2022 World Cup.