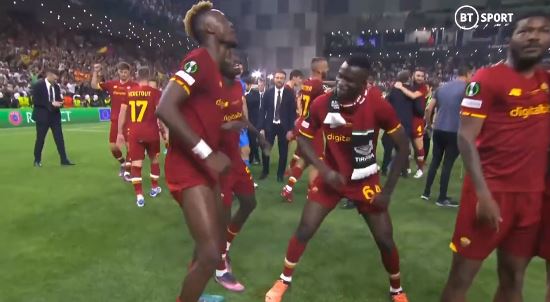 Ghana’s Felix Afena Gyan was predictably in high spirits after his side, AS Roma beat Feyenoord 1-0 to win the UEFA Europa Conference League title.

Nicolò Zaniolo’s 32nd-minute strike was the difference for the Italian side as they held on to beat the Dutch side in the final.

Afena-Gyan has played three matches in the Conference League this season and was an unused substitute for Wednesday night’s final.

The 19-year-old was, however, quick to join in the celebrations after the full-time whistle, even doing a little dance with striker Tammy Abraham.

Afena-Gyan has had a special year-and-a-half, signing a senior deal with Jose Mourinho’s team, making his debut, scoring his first two goals for the club and getting his first national team call-up in the period.

Afena-Gyan will now turn attention to national team duties as he is expected to join the Stars for the start of their AFCON 2023 qualifiers. 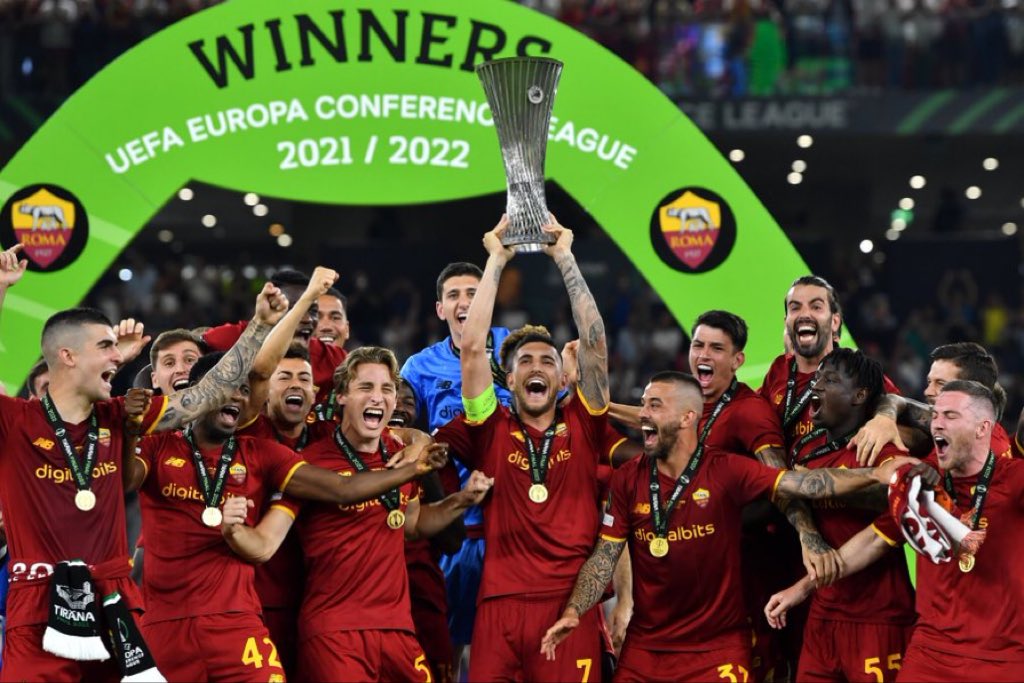 Presenting the Alternative PL Awards: Who should have won what?

Presenting the Alternative PL Awards: Who should have won what?