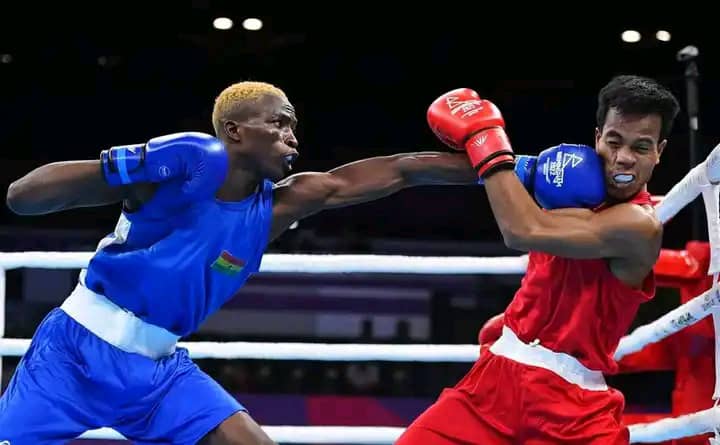 Ghanaian Boxer Joseph Commey has secured progression to the semifinals of the 2022 Commonwealth Games in Birmingham after scoring a landslide win in the 54-57KG Weight class.

By making it to the semifinals, 19 year old Commey is guaranteed a medal in the competition; the secured medal is Ghana’s first in the ongoing competition.

Commey beat Alex Mukuka of New Zealand this afternoon in the first Quarterfinal bout in the Featherweight Division with all five judges ruling in favour of the Ghanaian.

26 year old Zambian born Mukuka scored a narrow points win over George Molwanta of Botswana on August 2 in the Round of 16 to setup the bout against Commey.

Abdul Wahid Omar takes on Antigua and Barbudas’ Alston Ryan in the Light Welterweight Quarterfinal bout later tonight at 18:45 GMT.  Omar has recorded wins over the likes of Jamie Devine from the Isle of Man earlier in the competition.