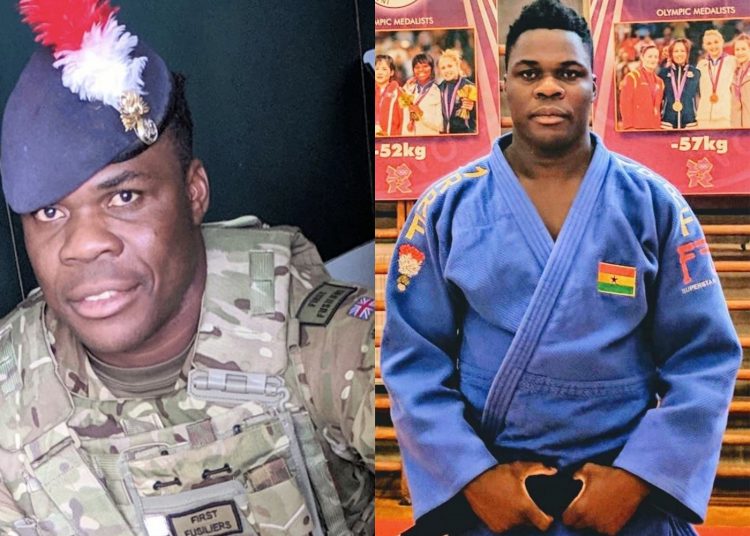 Ghanaian Judoka Victor Ahiavor is set to be deployed to Kosovo in the aftermath of the 2022 Commonwealth Games in Birmingham.

Ahiavor who holds a Lance Corporal Vehicle Commander and Gunner ranking in the British Army, represented Ghana at the ongoing multisport competition.

His run in Birmingham came to an end earlier today after losing to Harry Lovell-Hewitt of England in the 100 Men’s KG Round of 16 event in Judo.

With his time in the Games all but over, Ahiavor is in line to be deployed on a peacekeeping mission to Kosovo and later to Estonia as part of NATO’S ENHANCED FORWARD PRESENCE.

The 37 year old Ahiavor has served in Iraq and Kenya on similar engagements for the British Army over the years while competing across various competitions.

In 2014, he competed at the Glasgow Commonwealth Games, coached Ghana’s Judo team at the 2016 Olympics in Rio de Janeiro while picking up a silver medal at the Judo World Cup in Mauritius in 2013 in the 90KG category.

He has stated in prior interviews he is proud representing both Ghana and the British Army.