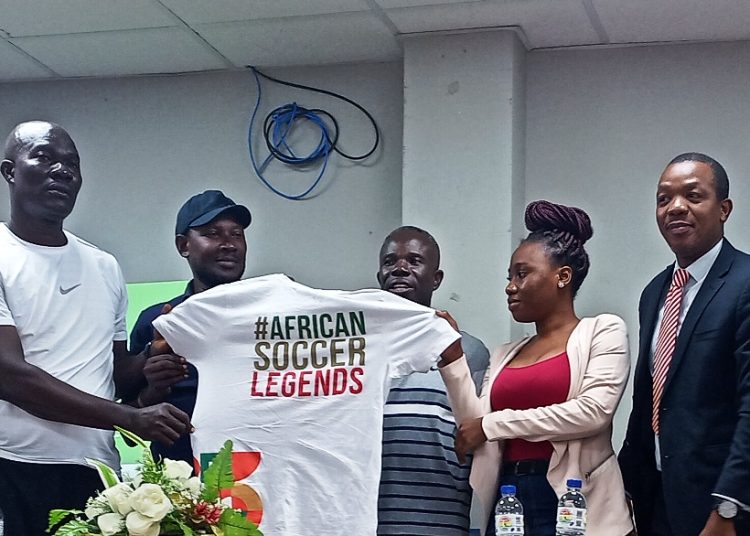 The game forms part of the Sports Tourism Fiesta dubbed “The New Tourism” and is scheduled to be played at the Accra Sports Stadium on October 16.

The launch was recently held at the venue to host the upcoming game with African Tourism Board Chief Administrative Officer Sandile Magongo and Emmanuel Treku, CEO and Convener for Tourism and Trade Expo, leading the event.

The Convener pointed out, the Sports Fiesta wouldn’t focus on just football but reel in other sports. “There is the new tourism where we are involving sports…we have the National Chess Competition coming on where we are having a chess competition between the Kenyans, Ugandans and Ghana” he stated.

Officer Magongo added, “It is not only going to be in Ghana only, it is a project that is going to be around Africa so we are hoping that the people of Ghana…come and witness the Ghana Legends up against the African legends.”

The Sports Fiesta forms part of a five day activity to mark the Inter Tourism Expo that commences on October 14.