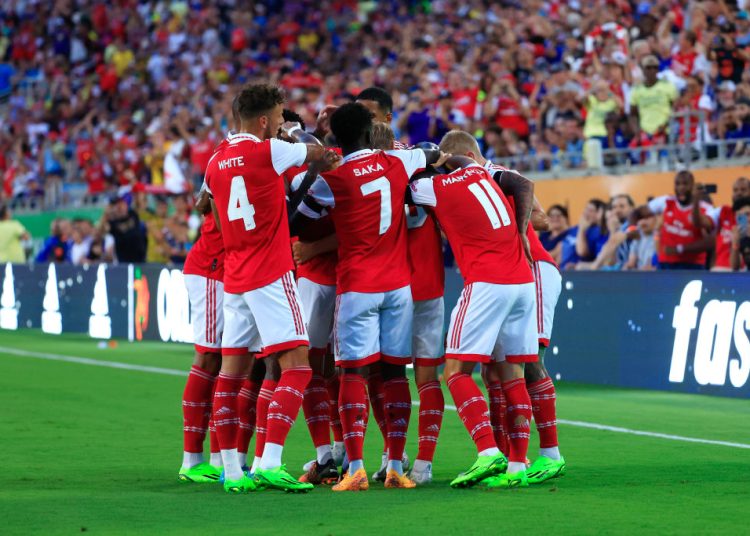 ORLANDO, FLORIDA - JULY 23: Gabriel Jesus (Hidden) of Arsenal celebrates with teammates after scoring their side's first goal during the Florida Cup match between Chelsea and Arsenal at Camping World Stadium on July 23, 2022 in Orlando, Florida. (Photo by Mike Ehrmann/Getty Images)

“Arsenal we’re on your side, our love we cannot hide, our hearts are open wide, to cheer you along the way. We will be standing by, we know how hard you try, whether you win or lose, it’s you we choose, so special when you surround. Now you have supporters, who will never let you down, We’ll be there to cheer you on, by singing this song …”

One hundred and thirty-five years ago, a group of workers from the Arsenal Armaments Factory in Woolwich decided to form what would become arguably the greatest club in England and in the world of soccer with Plumstead Common as its home ground.

Initially called Dial Square, currently nicknamed the Gunners, the Arsenal Football Club has set its sights on building and sustaining success by developing a sense of pride and a culture of organic growth, fair play, honor, class, perseverance, persistence and patience. According to the great Sir Alex Ferguson, “I went 13 weeks but I was never near going through a season undefeated. The achievement stands aside. It stands above everything else. And it was Arsenal’s.”

To speak of Arsenal is to speak of a first-class, well-decorated, high-flying English club with a litany of achievements: thirteen-time Premier League champions, fourteen-time FA Cup winners, sixteen-time FA Community Shield winners, not to mention several Europa League trophy wins over the years. This is a legendary 49/49 club with “the records for longest unbeaten streak and longest run in top flight of English football” and a total of forty-seven trophy wins.

These decorations are proof of the fruits of the values on which the club is founded which I shall touch on briefly:

With these values constituting our cornerstone, it is no surprise that we play beautiful football; working our way to the goal with pitch control through possession, swift passing and chance creation, like skilled musicians work their way through lyrics and beautiful sounds. Many a Gunner was captivated by such sublime play. Ask the lads at White Hart Lane what that did to them recently. That beautiful football has been deployed to devastating effect this season. Rivals, get ready for the high casualty counts this season with this version of football Blitzkrieg.

Arsenal has always given a chance to anyone of any background, race, creed or ethnicity to play good football. From the likes of Mezut Ozil, to Takehiro Tomiyasu, to the awe-inspiring Bukayo Saka, to the dazzling Gabriel Martinelli, not forgetting the phenomenal Ghanaian international, Thomas Teye Partey, all are welcome. Arsenal is truly a diverse club.

Of course, it is critical to mention the guy currently at the helm who is making all this possible: Mikel Arteta. If the Prophet Elijah was Arsene Wenger, then Mikel Arteta is Prophet Elisha. His leadership style is absolutely inspiring.

At this point in the season, I guess I can say that it is lonely at the top. We are watching an Arsenal dynasty for the ages being built right before our very eyes. Everyone gets to have their turning point. I am optimistic of a Premier League top two spot plus Europa and FA Cup trophy wins this season. For those of you who took time off your daily schedules for years to make Arsenal the butt of every joke, please, look at Arsenal today and ask yourself the question: where is my football club?

Arsenal is in my blood. This club is in my heart and will remain in my heart forever. Apart from the common values we share, the tradition, history and class of this club inspires me to an inconceivable degree. Gunners never give up. That is our identity. We move this season, guns blazing. 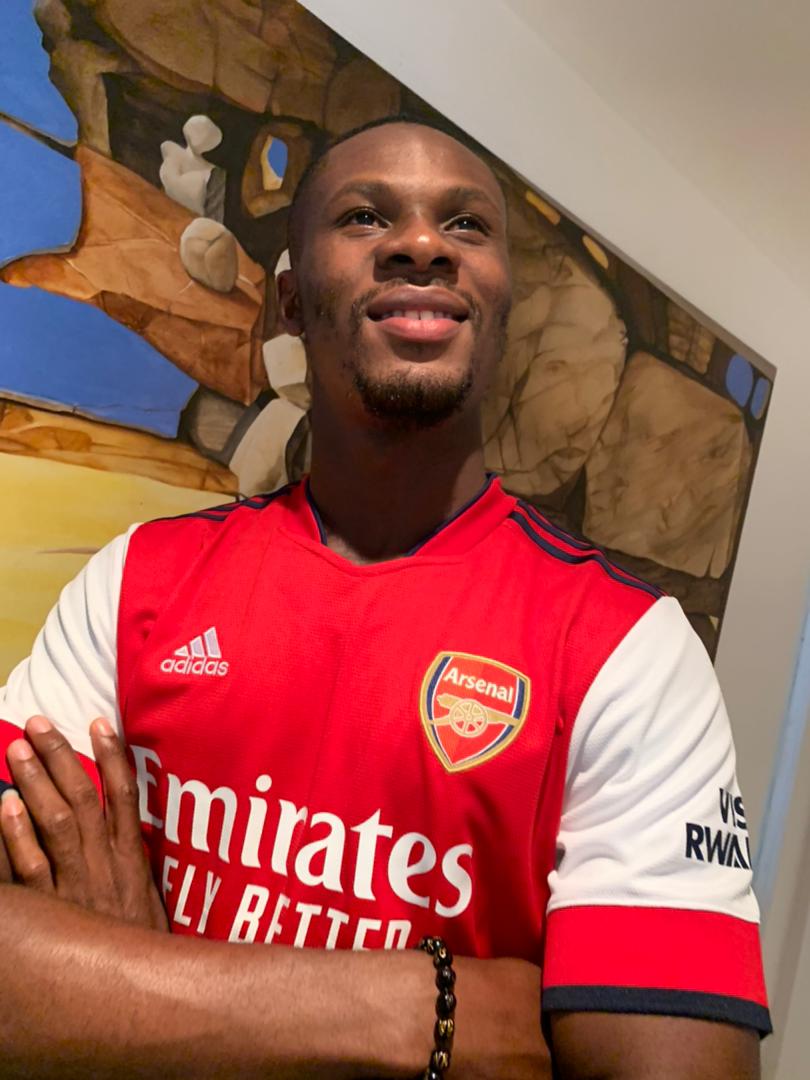 The author is an Energy Market Analyst, Agribusiness and Business Development Practitioner. Arsenal is in his blood.