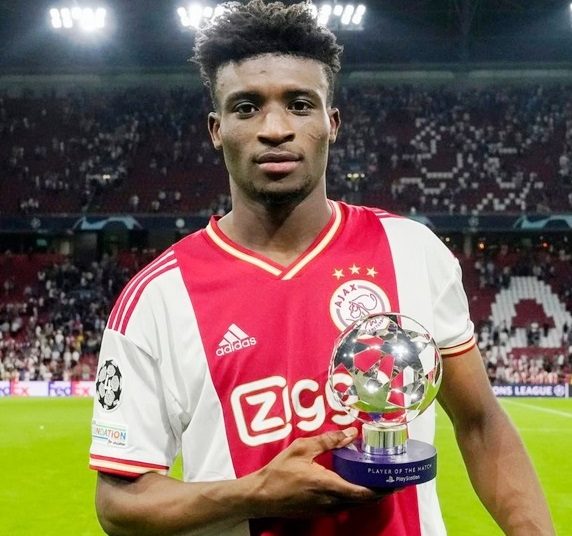 Ghana midfielder, Kudus Mohammed has been named in the UEFA Champions League Fantasy Football Team of the Week after the opening round of games in the 2022-23 Season.

Kudus made the team after starring in Ajax’s 4-0 win over Scottish giants, Rangers FC at the Johan Cruyff Arena in Amsterdam, Netherlands.

The left-footed creative midfielder scored a scorcher to give Ajax a 3-0 first half lead.

Kudus held off James Tavernier and galloped down the right side of Rangers defence before smashing the ball into the top left corner of the net.

He was heavily involved in Ajax’s incessant pressure against the Scottish club and was awarded the game’s Man of the Match prize.

In the process, he became the seventh player in 15 years to “score a goal, provide an assist and not misplace a single pass in a UEFA Champions League game” according to UEFA.

His top level performance is a timely one as Kudus presses for extensive minutes at the Dutch club ahead of the 2022 FIFA World Cup in Qatar.

Other top performers in the past round included Robert Lewandowski of Barcelona, Dominik Livakovic of Dinamo Zagreb and Maryan Shved of Shakhtar Donetsk.

Scroll down to view the Team of the Week 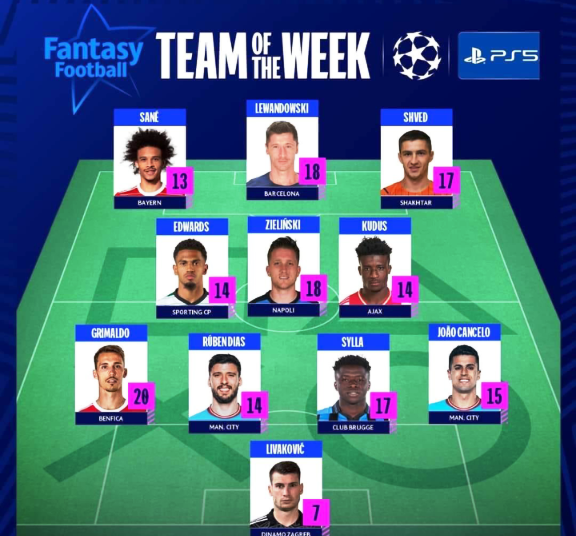