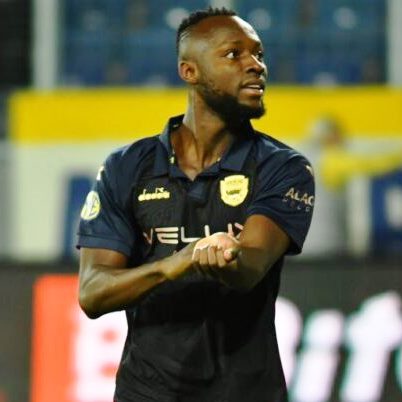 Ghana center forward, Kwabena Owusu has registered his second assist of the 2022-2023 season, in the opening round of games in the Europa League.

Owusu’s second assist in his 13th appearance of the season came in Qarabag FK’s 1-2 loss to German side Freiburg at the Europa Park in Germany.

25 year old Owusu set up Marko Vesovic’s goal in the 39th minute to cancel out Vincenzo Grifo’s converted penalty in the seventh minute.

Right full back Vesovic smashed in the equalizer  from just outside the penalty box after gathering a pass from Owusu to beat Freiburg keeper Mark Flekken.

Former Leganes and Oviedo forward Owusu has his only other assist this season in the Premyer Liga; he has three goals and two assists in 13 appearances this season.

Fellow Ghanaian Daniel-Kofi Kyereh came off the bench to feature in the game for Freiburg in the 71st minute for goal scorer Grifo.

Qarabag play Sabah FK in the Premyer Liga on Sunday, September 11 next.