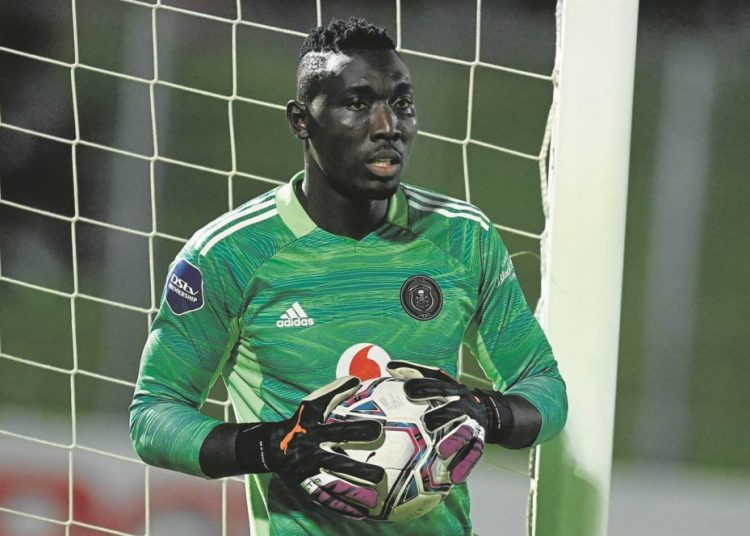 Ghanaian goalkeeper Richard Ofori had a moment to forget after committing a howler in Orlando Pirates 0-2 loss to Sekhukhune United in the latest round of the DSTV Premiership. The win is Sekhukhune’s first over Orlando Pirates.

The 28 year old shot stopper’s attempted dribble went awry as his poor touch had the ball run away from him into the path of Vusumzi Mncube who slotted into the net for Sekhukhune’s second goal in the 91st minute.

Prior to the howler, Ofori had put in a Man of the Match worthy performance with Orlando down to 10 men following James Monyane’s dismissal in the 58th minute.

Ofori received a back pass but his poor control led to the game sealing goal as Pirates chased the equalizer after going down by Elias Mokwana’s goal in the 84th minute.

The loss is Pirates third in nine games and keeps the team outside the top three spots; Pirates rank fourth with 14 points while 11th ranked Sekhukhule bagged its second win of the season.

Sekhukhune beat Pirates for the first time ever!

Ofori played for Ghana in the Black Stars 1-0 win over Nicaragua in a friendly game and the former Wa All Stars player is in the running to be selected to Ghana’s team for the 2022 FIFA World Cup in Qatar.