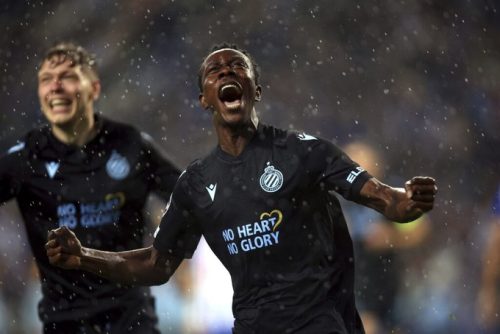 Another game, another goal; that’s how it played out for Ghanaian forwards Kudus Mohammed and Kamal Sowah in the UEFA Champions League with both players bagging goals.

Kudus scored for the third time in three straight games as Ajax lost 1-6 to Italian side Napoli in Group A at the Johan Cruyff Arena in Amsterdam.

Kudus scored in the ninth minute as he inadvertently guided Kenneth Taylor’s goal bound shot into the net after a neat team build up on the left involving Steven Bergwijn. His effort turned out to be only a consolation.

After scoring goals against Glasgow Rangers and Liverpool with rasping left foot shots, Kudus settled for a subtle finish in the loss. Kudus also has an assist to his name in the competition this season.

Kamal Sowah scored for the second time in as many games as Club Brugge beat Spanish side Atletico Madrid 2-0 in Group B.

Doing it for the motherland 🇬🇭
Mohammed Kudus 🔥pic.twitter.com/RW9BiVt9P9

22 year old Sowah, scored for the Belgian side in the 36th minute by tapping in Ferran Jutgla’s cross for Brugge’s first goal. Sowah scored his debut Champions League goal in Brugge’s 4-0 win over FC Porto in the previous round.