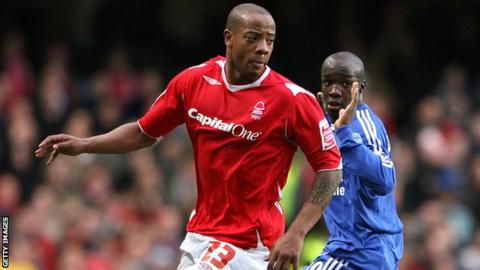 The football world was dealt a huge blow on a Thursday, after the news of the passing of Ex-Ghana international Junior Agogo.

The former Nottingham Forest and Zamalek striker had had serious health challenges since suffering a stroke  back in 2015.

A number of his former clubs including Nottingham Forrest and Zamalek, who he had a long drawn out compensation saga, up until last summer when the club finally settled his $450,000 wage arrears, have offered their condolences to the players family following the tragic news.

Our Former player Junior Agogo has died at the age of 40, RIP! ⚫️👋🏼 pic.twitter.com/Km0ph6PCe6

Sheffield Wednesday, the club he started his playing career with, said they were ‘saddened’ by the news of his death.

Sheffield Wednesday are saddened to learn of the passing of our former player Junior Agogo.

Our thoughts are with Junior's family and friends at this very difficult time. RIP pic.twitter.com/4AHHSuPw8M

Another of Agogo’s former sides, Nottingham Forrest, where he scored 20 goals in 60 appearances between 2006-2008, also offered their condolences to the family of the player.

“The thoughts of everyone at the club are with Junior’s family and friends at this sad time,” they said in a tweet.

Sad news that Junior Agogo has passed away at the age of 40. The former Forest forward had some great battles with the Alex defences down the years! Rip..🕯#crewealex pic.twitter.com/z04BRuCRw2

Our thoughts are with his family and friends at this time. pic.twitter.com/iz7SyQCNiP