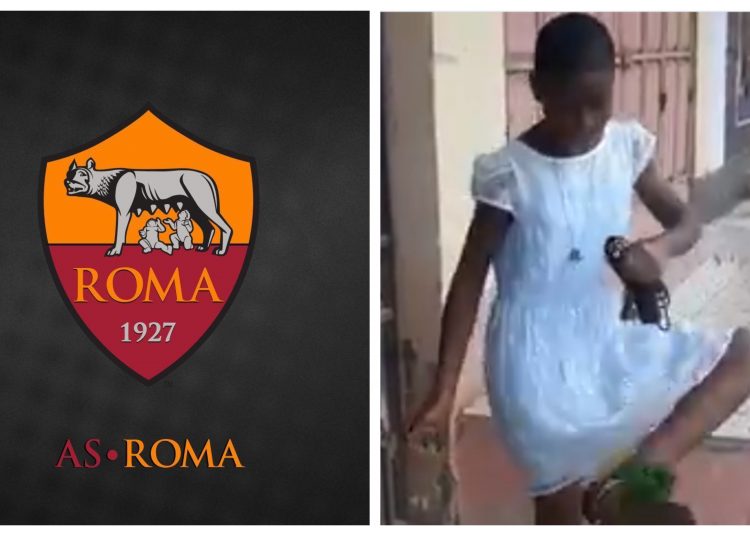 Black Queens forward, Suleiman Samira will definitely be hoping that her now-famous kid sister follows in her footsteps and suits up for the women’s national team in the near future.

However, it appears that her club future might also be secured with Italian side AS Roma eyeing up the starlet.

The girl has shot to fame in recent days on the back of a viral video and her amazing skills.

The video, originally posted on Saturday, currently has almost a thousand retweets and well over six thousand likes.

It features Suleman’s sister doing astonishing keepy uppies, a skill where a person keeps an object, usually a football, off the ground by constantly hitting it up in the air with their foot or any other part of their body.

Roma’s fans were just as enthusiastic about the girl as their Twitter admin was, with many calling for her to be signed up.

An early contract! And a salary increase for @ASRomaEN admin for his discovery!

She’s already better than I have ever been with the ball 🤣 Chapeau, sign her up!

No she belongs to @ArsenalWFC

Sign her up! She’s got a future with our club!

He retweeted the original post, adding that he loved the video.

A number of people who saw the video reacted to it as well, mostly praising the girl.

A few others joked that she should improve a number of Premier League teams, including Arsenal