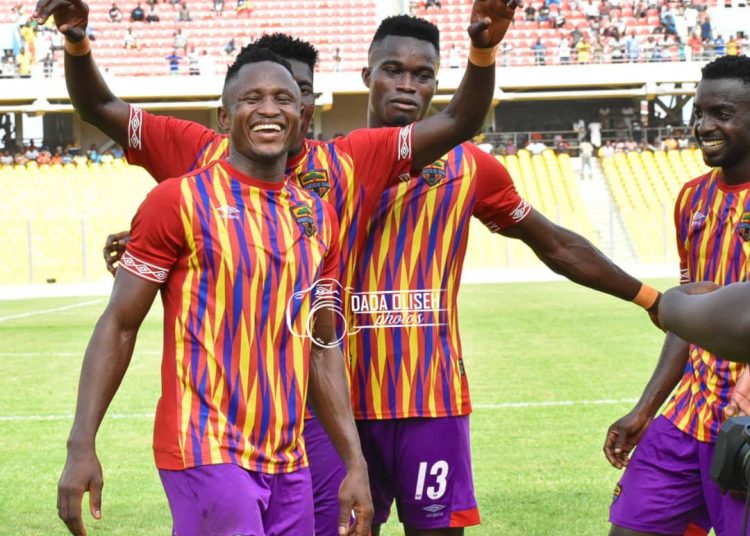 Accra Hearts of Oak got their first win of the season after they beat Ebusua Dwarfs 2-1 at the Accra Sports Stadium. The Phobians struggled to put chances away in open play but from set pieces, they were brilliant and they got their goals from two free kicks scored by Joseph Esso and Kofi Kordzi while Dwarfs pulled one back through Ato Hammond.

AshGold made it three wins from three matches after they beat Eleven Wonders 2-1 in Obuasi thanks to goals from Emmanuel Owusu and Mark Agyekum.

The biggest surprise of the round happened at the Baba Yara Stadium as Kotoko lost 1-0 to Berekum Chelsea. Kofi Owusu scored in the first half to hand the visitors their second away of the season after they beat Hearts of Oak 1-0 in the opening week of the season.

In Dansoman, Liberty Professionals drew 1-1 with Medeama at the Karl Reindorf Park. Elvis Kyei Baffour gave Liberty the lead in the first half but Nana Kofi Babil came off the bench to level for Medeama.

Aduana Stars stayed unbeaten after they went past King Faisal 2-1. Yahaya Mohammed scored twice for the home side while Osman Ibrahim got the consolation.

Karela needed a late Ofosu Abega goal to put away Inter Allies 2-1. Franklin Osei had given Karela the lead but Victorien Adebayor pulled Inter Allies level but Abega got the late winner.

Dreams FC drew goalless with Legon Cities Fc while Elmina Sharks failed to get anything out of WAFA in a goalless draw at the Ndoum Stadium.