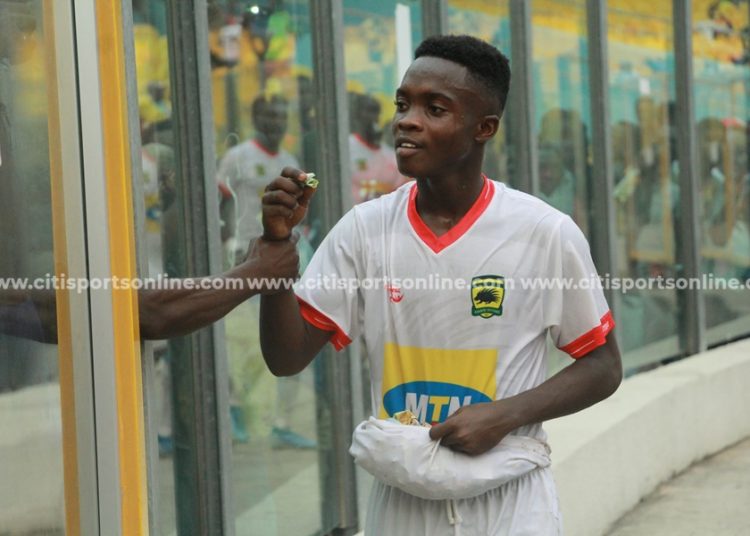 Ghanaian teenage sensation, Matthew Anim Cudjoe has already earned plaudits for his exploits on the pitch.

It seems that off the pitch as well, the kid is proving to be a star in the making.

Following his brilliant second-half cameo against Accra Hearts of Oak which ended with him being gifted cedi notes by appreciative fans in the Accra Sports Stadium, 16-year-old Cudjoe has just managed to endear himself to Ghanaians even more.

With each Kotoko player getting GH¢2,000 each as bonuses from their win over Hearts, Cudjoe has opted to donate half of that amount to the fan of the club who was shot in the eye after their game against Berekum Chelsea.

The fan, Augustine Oppong was shot in the eye with a rubber bullet during chaotic scenes in the aftermath of the match, which Kotoko lost 2-0.

He has since been discharged from the Komfo Anokye Teaching Hospital where he was taken after the incident and is reported to be recovering.

The police officer who pulled the trigger has since been interdicted.