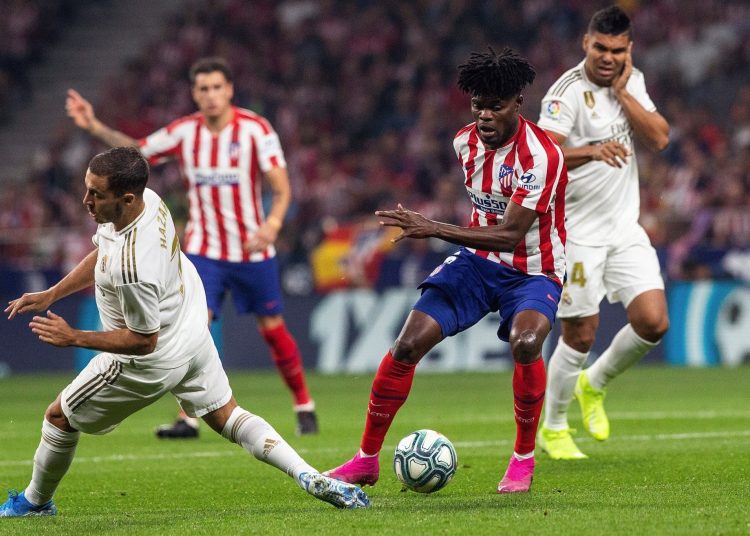 Ghanaian midfielder, Thomas Teye Partey is back on Twitter after a two-month absence from the social media site.

Partey, 26, has been absent on Twitter since January 17, 2020, with his last post coming five days after his club side lost the Supercopa de España to Real Madrid in Saudi Arabia.

Thomas Partey has one of the largest following on Twitter amongst the Black Stars team with 86.5K followers.

The Black Stars player has been phenomenal for his club side, Atletico Madrid this season, most recently bossing the middle of the field as they eliminated defending champions, Liverpool from the UEFA Champions League on a 4-2 aggregate scoreline.

With La Liga and other major competitions halted in Europe, the Ghanaian could spend more time on twitter to while away time.

‘Game of our lives’: African footballers in coronavirus-hit Italy

'Game of our lives': African footballers in coronavirus-hit Italy