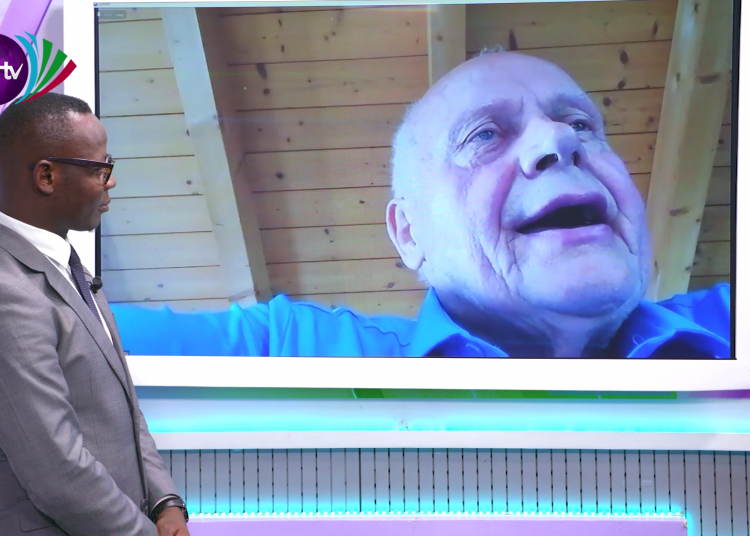 Former Black Stars coach, Otto Pfister, has admitted that his decision to hand the captain’s armband to defender Anthony Baffoe instead of Anthony Yeboah for the 1992 Africa Cup if Nations final game against Cote D’Ivoire may have been wrong.

The German tactician however, dismissed suggestions that the decision cost Ghana the title.

With Abedi Pele suspended for the final in Dakar, Pfister chose Anthony Baffoe to lead the team out, much to the surprise of more senior players such as lead striker Yeboah.

Yeboah revealed in an interview last month that the coach’s decision affected his performance in the final which may have contributed to Ghana’s defeat.

In an interview with Citi TV, the 82-year old Pfister opened up on the controversies of 28 years ago that have seen renewed interest after TV appearances from members of the 1992 squad.

“Team handling is one of the most difficult duties of a football coach. But in Ghana, it’s a special situation with this clan [sic] thing: there are the Ashantis and the Ga-Adangbe people, Kumasi people and Accra people,” he told Fentuo Tahiru Fentuo in an exclusive interview.

“So I thought, to keep out this problem, and maybe it was a mistake, but I gave Tony Baffoe the captain’s armband because he was from Germany and he was out of this whole clan thing. That is why I gave him the captain.

“But Tony Baffoe was also a great player; he played in Dusseldorf and also played with Metz in France. But beyond all that, he was the most neutral. He was absolutely neutral, that’s why I gave him the captain.

“But this was not why we lost the final. It was 28 years ago and I’m sorry to Tony Yeboah for this but I think it wasn’t such a big problem.”

Tony Yeboah revealed in his interview that he was angry with the decision but Pfister said Yegola did not show his anger in front of him.

“We were in the hall, I did not see a reaction from him. You have to remember, in the Africa Cup of Nations final, it was a very stressful situation. Maybe he was angry inside, and I’m sorry for that, but I don’t think that’s why we lost the final,” Pfister concluded.

After negotiating a group that had Egypt and Zambia, the Black Stars of Ghana dispatched Nigeria 2-1 in the semi finals before setting up a meeting with West African neigbours Cote d’Ivoire.

What exactly is Timo Werner bringing to Chelsea and the Premier League? [VIDEO]