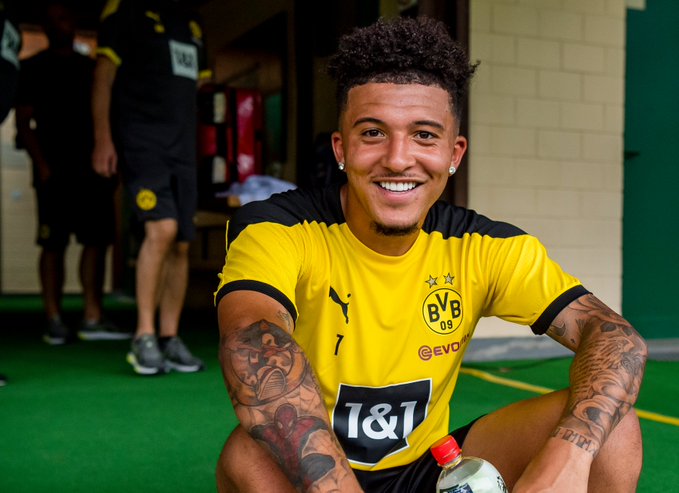 Jadon Sancho humiliated his team-mate so badly with an outrageous piece of skill he was walked off the training pitch.

The Borussia Dortmund superstar showed Manchester United fans what he is all about when he brilliantly nutmegged Mateo Morey.

As the ball landed at Sancho’s feet, the skilful 20-year-old took one touch before casually slotting it through the legs of his Spanish team-mate.

Sancho then buried his strike into the bottom corner to leave United fans drooling at the prospect of him playing at Old Trafford.

Morey hilariously headed straight for the touchline with his head down while Raphael Guerriero consoled him off the field.

Other players were left in disbelief on the pitch, including Erling Haaland, as they put their head in their hands.

The footage was captured by the club and Sancho wasted no time in sharing it on social media while tagging his victim.

Morey added: “Thanks Guerriero for showing me where I’ll be safe.”