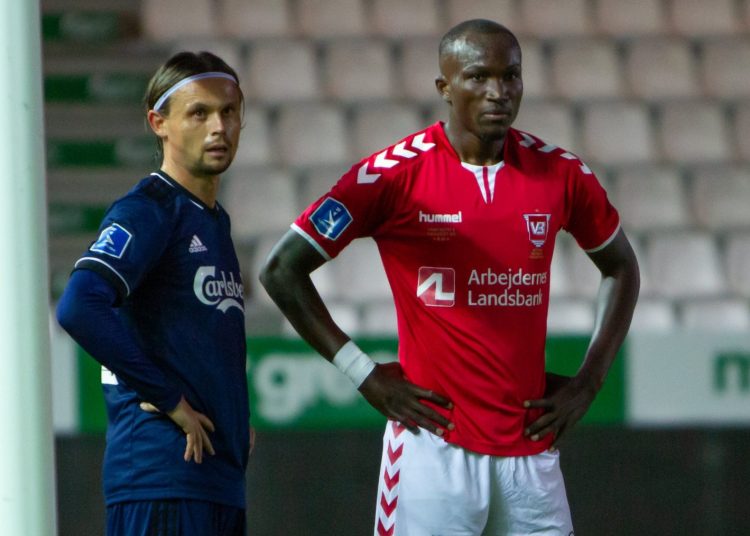 Ghana’s Raphael Dwamena continued his resurgence over the weekend as he scored a superb freekick to steal a point for his side in the dying embers of their match.

Dwamena came off the bench in the 79th with Vejle BK behind 2-1 against Danish giants FC Copenhagen.

With just seconds left on the clock in stoppage time, Vejle won a freekick right on the edge of the Copenhagen box.

Dwamena, after exchanging passes with his teammate, bent a fantastic strike into the top corner with the gam’s final kick.

It was Dwamena’s second goal in three league games for his new club since joining them in August.

Came off the bench with this last kick of the game to GLORIFY GOD. #TellTheWorld #WeAreBack #BallerInGod PUMA Football

He also found the net in Vejle’s first game of the season, a 4-2 loss to AGF.

Vejle are now 7th on the Danish table with a draw, a win and a loss in their first three matches of the season.

Back on the rise

Dwamena will hope this move will be the catalyst for the revival of a striker who had been tipped to lead the Black Stars’ line.

And from his start, it appears he is ready to dominate again.