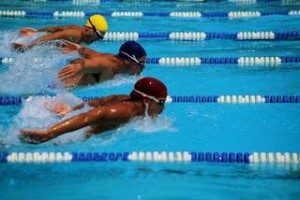 The Ghana Swimming Association has taken up the responsibility of giving five of its swimmers GHC 500 stimulus package from the month of September till December.

This follows the initiative by the National Sports Authority/Youth Employment Agency, which is aimed at alleviating the COVID -19 effect on lesser financed sports.

The Swimming Association presented 15 swimmers to be put on the payroll, which was cut down to ten and subsequently four, after the vetting process was completed.

According to the President of the Association, Theophilus Edzie, the exclusion of the other six is discouraging, hence their decision to take up the role.

“For us, we thought it was such a disincentive, if the rest couldn’t have gotten their bit.” He told Citi Sports.

“So we decided to take that responsibility for the five who were not getting it.

“We started from September as Government started rolling theirs in August and we are doing that till December just like what Government is doing.” He concluded.

The five swimmers who will benefit from this stimulus package by the association are Maaya Ayawere, Asafua Kow Jackson, Rebecca Asare, Ekow Gwira and Papa Yaw Poku Dwumoh.

My dream is to play for Real Madrid one day - Pogba