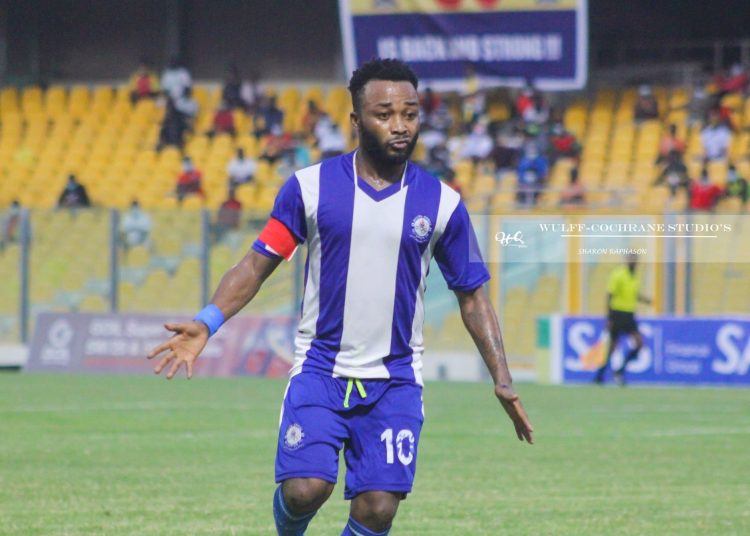 Accra Great Olympics claimed the bragging rights in the #GaMashieDerby as they beat Hearts of Oak 2-0.

Despite the Phobians controlling the first 10 minutes of the game, it was Gladson Awako who grabbed the first goal of the game – scoring an incredible free kick on the 14th minute.

The Oly Dade boys turned one goal to two, as Maxwell Abbey capitalized on some poor marking by the Hearts of Oak defenders.

Accra Great Olympics ended the first half on the high, dominating and controlling every aspect of the game.

Hearts of Oak in the second seemed to have had a shake up in the dressing room and came with all guns blazing.

However, Saed Salifu kept Accra Great Olympics in the game, keeping away some goal-bound attempts.

After 15 minutes the Phobians did little to turn things around as Olympics dominated the game with Gladson Awako, Abdul Manaf Mudasiru and Maxwell Abbey stretching out the Hearts of Oak team.

The win gives Accra Great Olympics their first win over Hearts of Oak since 2004.

Olympics are now third on the league log with 18 points and Hearts of Oak drop to fourth with 16 points.

Earlier on Saturday, King Faisal came from three goals down to beat Berekum Chelsea 4-3 at home.