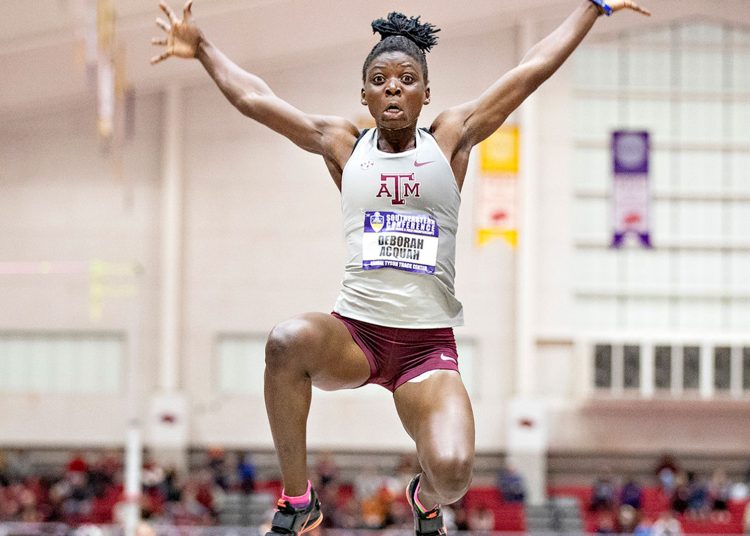 Ghanaian long and triple jump athlete, Deborah Acquah, has set a new national record in the women’s jump, scaling to a 6.81m leap at the LSU Alumni Gold Meet on Saturday in the USA.

The Texas A&M senior, who also holds the national record in both the indoor long jump and indoor triple jump events, obliterated Ruky Abdulai’s 14 year record of 6.71m, while shattering her own previous Personal Best in the event which stood at 6.63m set in 2019.

Acquah’s mark is just 0.01cm short of the Olympic qualifying mark of 6.82m, which her coaches are confident she will make in time for the summer games in Tokyo, Japan.

She won silver for Ghana in the women’s long jump at the 2019 African Games in Rabat, Morocco.

Three Ghanaian athletes have already booked their tickets to the Tokyo Games.

Finishing 5th in the same competition is Ghana’s Jacqueline Pokuaah of the University of Akron in 6.17m. #Citisports pic.twitter.com/pG0yybFbDX