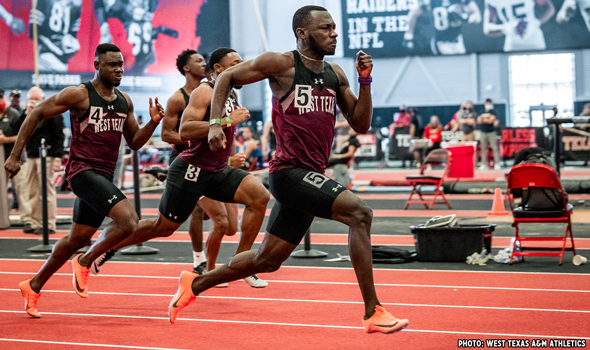 Azamati misses out on the CAA Seniors

Azamati is now the 200m NCAA DII record holder as the freshman ran a wind legal (1.1) 20.13 to break Bryan Bridgewater’s record of 20.15 set back on May 30, 1992. It also broke the LSC, the LSC meet and school record and ranks him fourth among all collegiate runners.

✅ His time also puts him second in the list of Ghana’s national fastest times in the 200m sprint event.

✅ Qualified to run the 200m at the Olympics too. #3Sports pic.twitter.com/IlY6rWo0cW

More importantly, his 200m time also qualifies him for the Olympic games in that event and ranks him number 2 in Ghana’s all-time 200m list, behind record holder Joseph Paul Amoah (20.08) and ahead of Emmanuel Tuffour (20.15).

In the concluding race, Azamati along with Tyrin Lewis, Desmond Aryee and Jahmaal Wilson broke their own school record in the 4×100-meter relay running 39.92 to finish second.