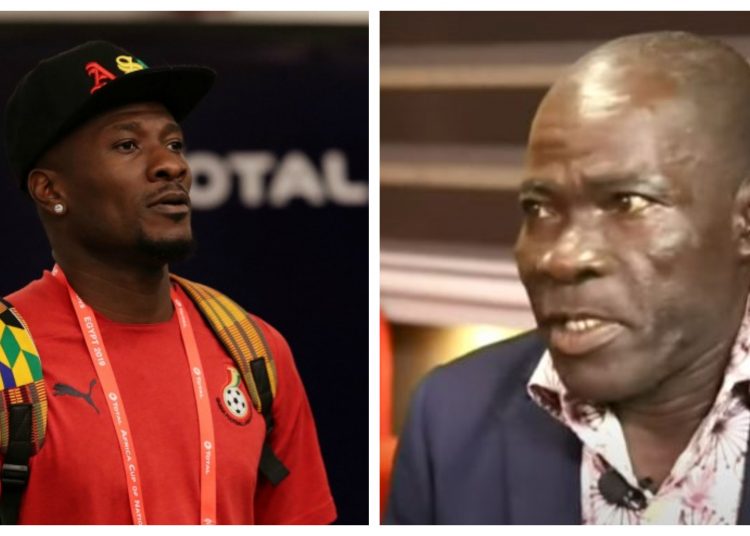 Former Black Stars captain, Asamoah Gyan is almost universally loved in Ghana, given his years of service to the nation.

However, it’s still heart-warming for us to see Ghanaians express their admiration for and appreciation of the striker.

It clearly is for Gyan himself as well.

The player tweeted a video of Samuel Kofi Ampofo, who rose to fame in Ghana with his popular catchphrase ‘mona mo bl3’, naming Gyan as his favourite player.

Kofi Ampofo said in an interview with Kofi TV that he had not met Gyan but admired him a lot.

Gyan tweeted that he was “so touched” by the acknowledgement, adding that he would like to meet Ampofo.

I’m soo touched. The love is deep I have to meet this man. 🙏🙏🙏💪💪💪 pic.twitter.com/FCRSeGPXGW

Gyan is Ghana’s highest-ever goalscorer, the highest-scoring African in World Cup history and was the first player to score at nine major international tournaments, a record which was equalled by Ronaldo at EURO 2020.