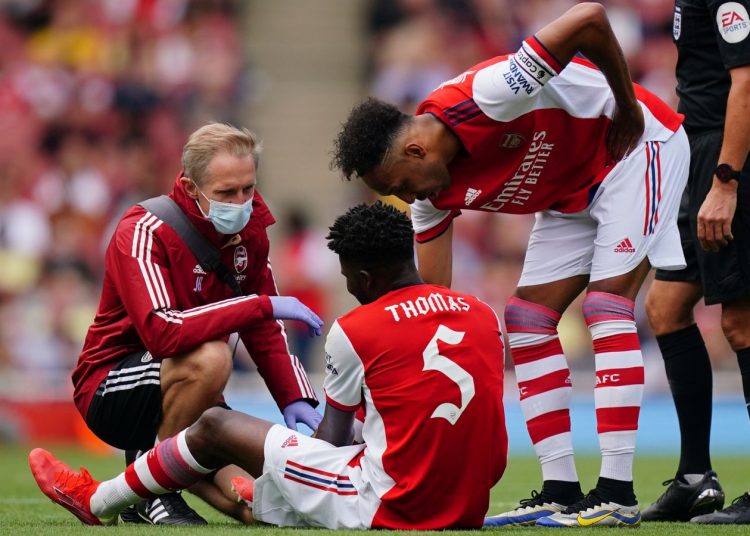 Arsenal manager, Mikel Arteta says Thomas Partey’s injury “does not look good” after the midfielder was substituted in the Gunners’ 2-1 loss to Chelsea in a preseason friendly on Sunday.

Partey, who joined Arsenal last October from Atlético Madrid, appeared to suffer an ankle injury following a tackle by Chelsea forward Hakim Ziyech and was withdrawn five minutes before half-time.

I just had a talk with the doctor,” Arteta said.

“He’s going to have a scan tomorrow and at the moment it’s not looking good because he was in pain, and he could not continue which, for Thomas, is pretty unusual.”