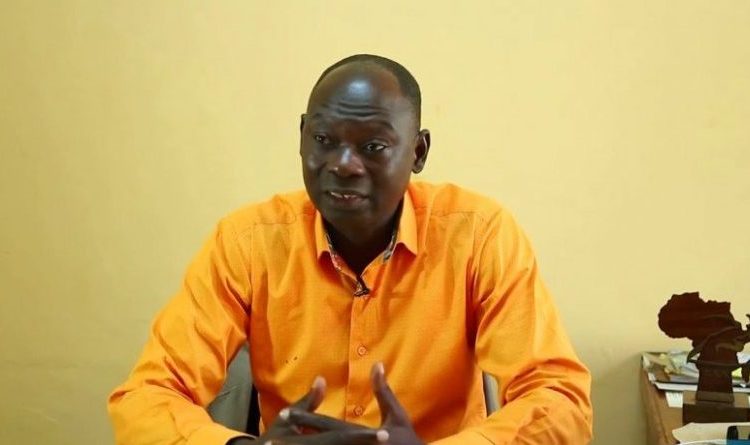 The Chief Executive Officer (CEO) of the Ghana Athletics Association (GAA), Bawa Fuseini, says despite asking for $30,000 to prepare Ghana’s athletes adequately for the Olympics, his outfit was only given half the amount prior to the Games.

Speaking on the Citi Breakfast Show on Monday said that Bawa Fuseini while the funds received from the Sports Ministry and the Ghana Olympic Committee (GOC) helped the association camp the athletes in preparation for the Games, they were still unable to compete in enough high-profile events before travelling to Tokyo.

“We needed to have sent them to Europe to compete with all those going to compete [at the Olympics but there was] lack of funding. We had funding from the Ministry of Youth and Sports; they gave us $10,000, and we got $5,000 from the GOC, making $15,000. We needed at least $30,000 to be able to get them to two or three high-profile competitions before they proceeded to the Games,” he said.

He added, however, that GAA was able to camp the athletes before the start of the Olympics, something that had been impossible before the 2019 World Championships in Doha.

This contradicts the Sports Minister, Mustapha Ussif’s claim back in April that although a budget had not yet been decided for the country’s participation in the competition, the Sports Ministry and the NSA had given the Ghana Athletics Association $30,000 to aid their preparations ahead of the Olympics.

“There’s an International Games Committee that’s working with the GOC to come out with a budget for the Olympics. Once the budget [is decided] we’ll make it public. I understand that we are going to participate in the Tokyo [Olympics] and the Ministry is supporting the team that is going through the qualification process. It’s not true that we just gave them GHS10,000. The Ministry is supporting them through the National Sports Authority (NSA),” he said.

“They brought a budget of $55,000 and we said the NSA and the Ministry can give them $30,000. The NSA is giving them $20,000 and the Ministry is contributing $10,000 to support their qualification matches, not the tournament itself. This amount is just for the Athletics Association and we have various federations.”

Bawa Fuseini suggested that the inadequate preparations played a significant role in the country’s poor showing so far at the Tokyo Olympics.

Triple jumper, Nadia Eke, failed to make it through the qualifying round at her first Olympic Games in Tokyo after three straight unsuccessful attempts on Friday.

On Saturday, sprinter Benjamin Azamati finished fourth in his 100m heat, in a time of 10.13s, which was not enough for him to go through to the semis as one of the three fastest qualifiers.

Although Joseph Paul Amoah made it through the Men’s 200m semis earlier on Tuesday and Ghana is set to compete in the Men’s 4x100m relay, an inquest has already begun into the athletes’ preparations ahead of the Tokyo Games, with many people including the athletes themselves highlighting their inadequate build-up to the tournament.

Bawa Fuseini insisted that the country’s athletes are talented enough to win medals, and a stronger push to back them financially prior to major tournaments could aid their efforts to win medals for the nation.

“Our problem is not technical, our problem is not that we don’t have athletes capable of winning medals; it’s purely financial. Sometimes the financial muscles to be able to camp the athletes and send them to Europe to compete and stay there for two or three weeks is way beyond the association’s capabilities,” he said.