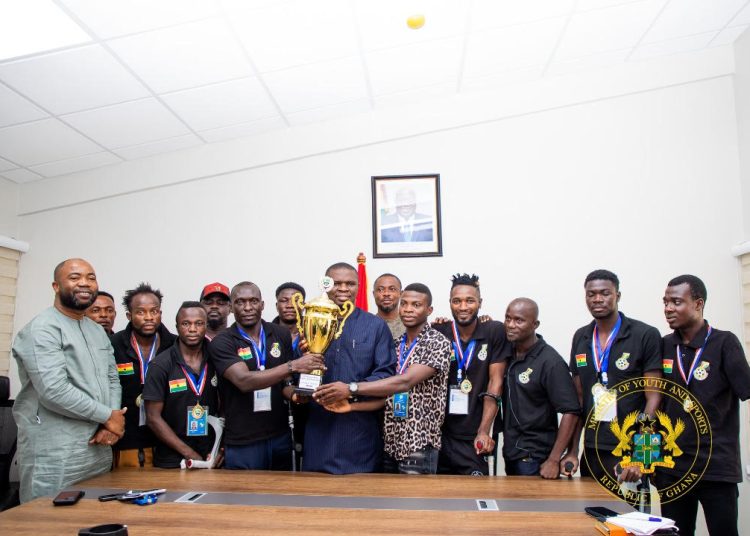 The Ministry of Youth and Sports, has rewarded members of the Amputee National Football team, the Black Challenge, with $2000 each for winning the Amputee Africa Cup of Nations held in Tanzania last month, Citi Sports has confirmed.

The nine players bought their own tickets to go and participate in the competition without approval from the Ministry, largely due to administrative divisions at the Ghana Amputee Football Association.

Following the competition in Tanzania, where the beat Liberia 3-2 in the final to lift the cup, the team recorded and circulated a video on social media where they claimed to be stranded in the East African country and needed help returning home to showcase the trophy.

The Ministry intervened and bought tickets for the players to return home last Tuesday, 7th December, 2021.

A week later, the Sports Minister, Mustapha Ussif, hosted the team at the Ministry where he thanked them for their efforts in Tanzania and announced the reward package for them.

He also called on the Amputee Football Federation, who have been in court since 2016, to resolve their differences for the development of the sport.

“While we are thankful for our efforts, I’ll like to use this opportunity to call on all parties at the Amputee Football Federation to settle your differences and forge forward with the sole purpose of developing amputee football,” he said.