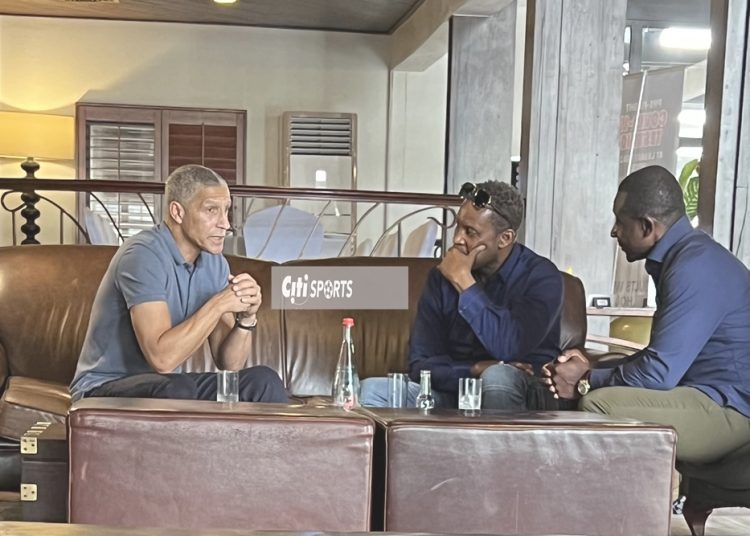 Chris Hughton has met Callum Hudson-Odoi’s father in what is believed to be his first attempts at convincing the Chelsea star to play for the country of his parents, Citi Sports can exclusively report.

Hughton arrived in Ghana on Friday and it appears the former Tottenham Hotspur and Newcastle United boss has already shifted into gear as he tries to lure the many foreign players of Ghanaian descent to play for the Black Stars.

He was spotted in a chat with Bismark Odoi, Callum’s father, at the Labadi Beach Hotel in Accra Sunday afternoon.

Hudson-Odoi, 21, has represented England three times at senior level but is eligible for a nationality switch because all three appearances came before his 21st birthday and none came at a major tournament.

The biggest attraction of Hughton, whose father is Ghanaian, is believed to be his ability to lure Ghanaian players born abroad to represent the Black Stars with Hudson-Odoi and Brighton defender Tariq Lamptey the biggest prospects.

His last job was at Championship side Nottingham Forest where he led them to safety in the 2020/2021 season before leaving in September 2021 at the start of the 2021/2022 Championship season.