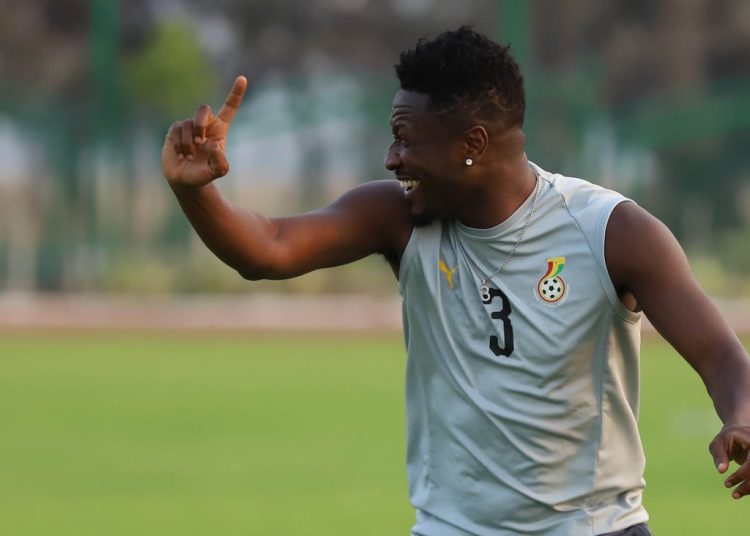 Former Black Stars captain, Asamoah Gyan, is clearly not letting his exclusion from the Black Stars for the 2021 African Cup of Nations qualifiers get him down.

Hours after Kwesi Appiah named his 23-man squad for Ghana’s matches against South Africa and São Tomé and Príncipe, which was conspicuously without top players including Gyan and Kwadwo Asamoah, the NorthEast FC forward posted a video of himself singing along to ‘Things Fall Apart’, a new song by musician Kofi Kinaata.

The song has earned rave reviews and has seen massive airplay since it was first released and it appears to have gained a new admirer in Ghana’s highest ever top scorer.

Gyan tweeted his admiration of the song, adding a number of fire emojis, as well.

A number of his fans seem to like the tune as well and said as much in their own tweets.

God bless you Baby Jet for loving this wonderful tune from Kofi Kinata.

Wow thought it was only me😊, even the legend too👍 kinaata be genius 🙌🏽

Gyan missed out on the first Black Stars squad named since the national team’s disappointing Round of 16 exit from the 2019 AFCON tournament, despite scoring a goal for his new side in the Indian Super League last weekend.

It’s unclear why Asamoah Gyan was left out of the squad although it’s not completely surprising given comments made by Gyan about his role under Kwesi Appiah at the last AFCON.

Gyan said in August that Appiah did not have him in his plans for the AFCON.

Gyan, who came off the bench against Cameroon and Tunisia, said that this might have accounted for the lack of minutes at the competition.

“I feel I wasn’t in Kwesi Appiah’s plans for the AFCON. With my 17 years of experience, I could tell.

“If I’m not a starter, I accept it, that’s the coach’s decision but at least…,” Gyan said.