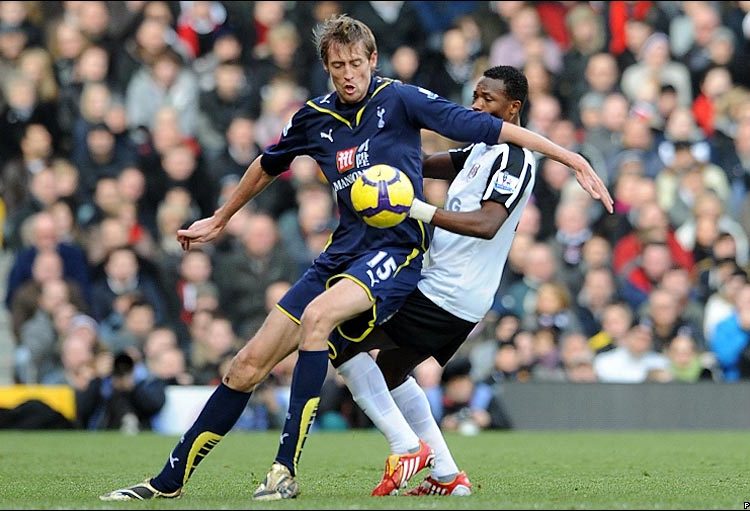 John Painstil has built a reputation for himself as a fearsome competitor – one with the propensity to employ unorthodox and almost unsporting approach to subduing opponents.

For example, he once tried to distract Everton striker Yakubu Aiyigbeni by grabbing his ‘balls’.

And then there is the famous story of when he threatened to break former England striker, Peter Crouch’s legs.

So when Painstil made an appearance on Citi TV’s pidgin sports show, Football Made in Ghana, host Fentuo Tahiru asked Painstil for his side of the Crouch story.

“He was lucky. I remember the incident well. I told him I was going to break his leg and I gave him one [tackle]. That was a little tackle though but yeah”.

A couple of years ago, Crouch hilariously detailed his traumatizing encounter with Paintsil and why he’ll not want to see the Ghanaian any time soon.

While ‘Crouchy’ might have been pleased with himself at that moment for having got under the player’s skin, what happened next, convinced him that his trash-talking days were over, after they had barely begun.

This had no effect apparently on Painstil, who was seeing red and couldn’t care less about formations and strategy at that moment, basically abandoning his post to seek revenge.

This had Crouch wondering whether he might have played his last ever game.

“[Paintsil] said he was going to end my career, he said he’d break my legs. He was playing the right side of centre-half so I conveniently moved to the left side. He didn’t care about formations and tactics, he left a massive hole at one side of the pitch and was following me around. I was thinking ‘Oh my God, he’s going to kill me. He was trying to throw these elbows in.”

UCL: Bayern Munich to face PSG in final after 3-0 win over Lyon