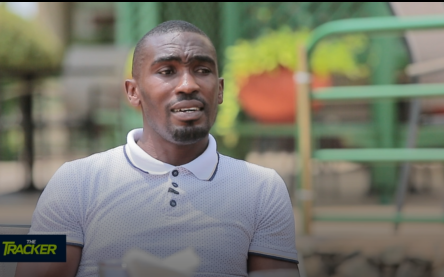 Ghanaian defender, Lee Addy has revealed that he and a few other Ghanaian players who were stranded in Ethiopia, due to the closure of the country’s borders feared they were going to lose their lives.

On June 23, 2020, a video surfaced on social media of a group of Ghanaian players led by former Medeama goalkeeper Muntari Tagoe and Lee Addy  passionately appealing to government to come to their aide by helping to transport them to Ghana.

The players, numbering about 23, had been left stranded in the East African country after Ghana closed its borders in March as a measure to curb the coronavirus pandemic.

With the Ethiopian league suspended, the Ghanaian players were desperate to return home but could not find a way back because of the border closure.

On July 18, 2020, nearly one month after their video surfaced, the players were finally evacuated home with combined efforts from the Ghana Football Association, the Ghanaian Embassy in Ethiopia and the Ministry of Youth and Sports.

Speaking on Citi Tv’s The Tracker, Addy stated that the entire Ethiopia ordeal was traumatizing.

“There was a little confusion in the country at the time and one musician was killed. He said.

“There were tribal wars , we did not have access to internet for a month.

“It was a very dangerous time, I could not believe what I saw with my eyes.