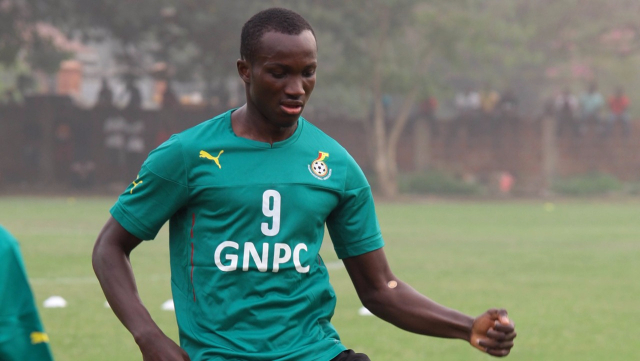 Black Stars striker Raphael Dwamena has undergone a successful surgery to correct a heart defect that has kept him off the pitch since October.

The player, who is on loan at Spanish Second Division club, Real Zaragoza from Levante, was ruled out from on-field action late in 2019 due to health concerns.

Although unconfirmed by his club, it had been speculated that a heart condition which stopped a move to the Premier League earlier in his career had resurfaced.

However, the player appears to have overcome this hurdle, with the Professional Footballers Association of Ghana (PFAG) confirming the player’s successful surgery in a tweet.

“We wish you speedy recovery and good health,” the PFAG added in its tweet.

The @PFAGofficial is pleased to hear @RaphaelDwamena has undergone a successful heart surgery.

However his linkup play upfront with new signing Shinji Kagawa and Luiz Suarez has proved invaluable to the side.

Dwamena finally got his reward against Alcorcón, scoring his first goal of the season.

“We are very ready for Hearts, they should bring it on”- Maxwell Konadu

"We are very ready for Hearts, they should bring it on"- Maxwell Konadu